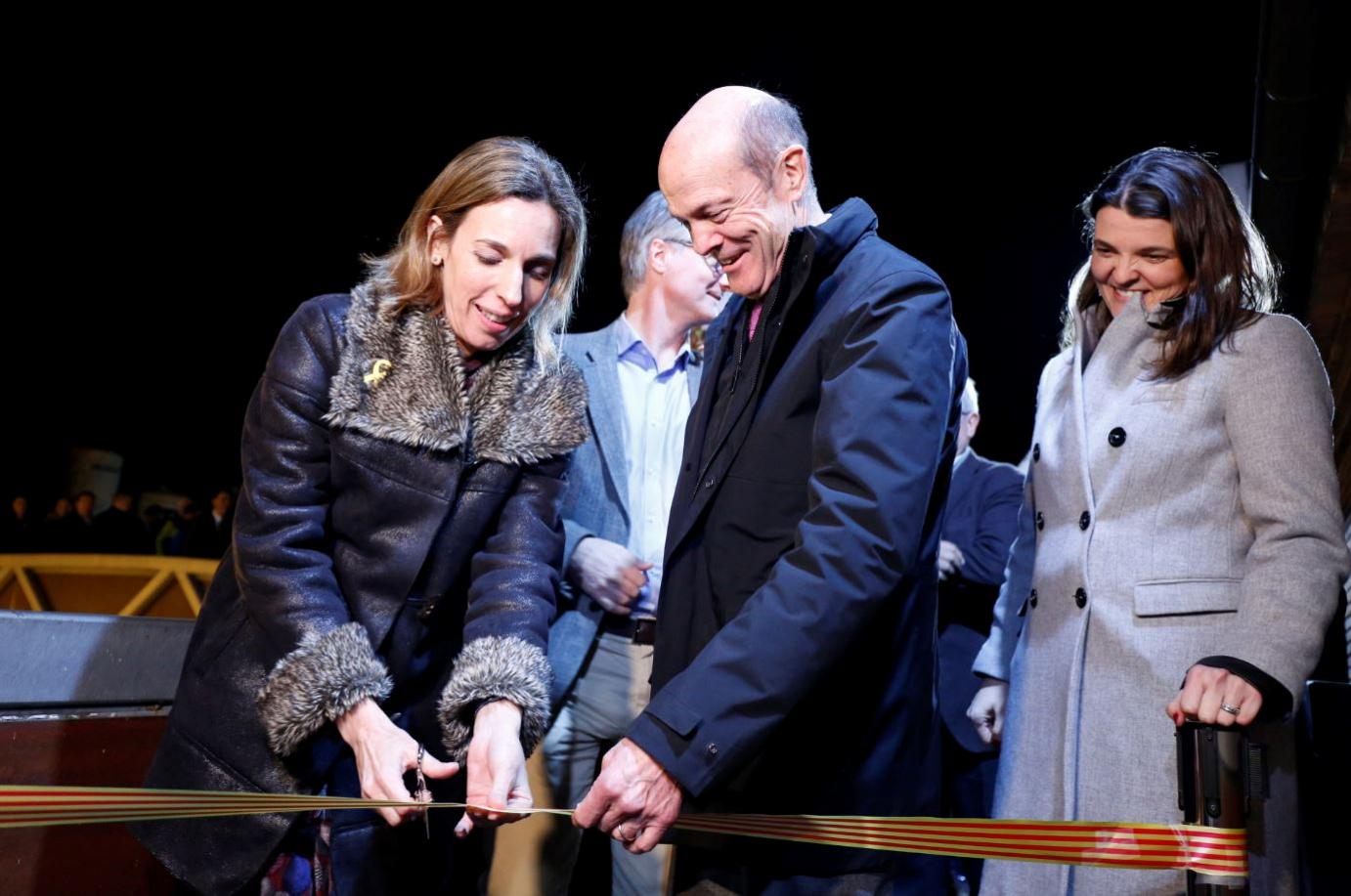 La Farga has announced its latest technological breakthrough, a marked commitment to its future and long-term sustainability with a continuous casting production line, after a total investment of 15 million euros. The inauguration was held yesterday in company facilities and was attended by the Honourable Mrs. Àngels Chacón, the Minister for Business and Science, and the Honourable Mr. Sergi Vilamala, the Mayor of Les Masies de Voltregà, as well as other representatives of bodies involved in the project.

After several months working on the new line, La Farga held celebrations with all those who have been involved in this major venture, one that has attained a high quality wire with lower production times, and a product that more than meets client demands.

This new, unique continuous copper casting line, has been specifically designed and manufactured for the La Farga facilities. "After 35 years of operation, the time had come to modernize the line, to make a strategic, pioneering change, with investment and the construction of a new one", states Oriol Guixà, the President of La Farga and the construction manager of the company’s first line, which was launched in 1983. The new line is more efficient, safer and more technological; it is a decided move forward that aims to expand the company in terms of capacity, reliability and innovation on a worldwide scale. According to Guixà, "it will play an enormous role in highlighting the company, as it involves a highly important technological breakthrough with respect to existing casting procedures".

Its main benefits include an increased productive capacity of 15 t/h to 20 t/h (a significant figure if one considers that when the line was launched, 35 years ago, production capacity was 7 t/h and that today, the total annual capacity of La Farga is 320,000 t), increased reliability, a significant advance in terms of safety, and finally the fact that it also follows the company’s ecological and sustainable strategies. According to Inka Guixà, General Manager of La Farga, "the new line means that the company is now the second largest copper casting centre in Europe".

The process of manufacturing the new line involved several challenges. Working with the Italian company Danieli, the most important aspect was to create a line that had to both significantly increase productive capacity and be built in record time, as there were only 35 days in which to remove the old line and launch the new one with tests. The project began in May 2017, and the line came into service on 6 August 2018. Disassembly took just two days and on 12 September the first casting was already underway. On 21 September, La Farga celebrated the production of its first jumbo.

The new line has been developed using proprietary technology, thanks to the know-how, the experience and above all, the attitude of the team involved. Inka Guixà emphasised the essential role of the La Farga team: "the project has been taken on with a great deal of professionalism, involvement, dedication and flexibility, something that has allowed us to meet with our deadlines". The size of the project involved the participation of 90 people during its initial development, the recruitment of 28 participating contracting companies, as well as the subcontracting of 42 companies and self-employed workers. In total, approximately 325 people worked on the new line. Throughout the process La Farga has sought to work with local suppliers and service providers.

After the explanation of the project, the assisting representatives of several administrative bodies also spoke, among them the Honourable Sergi Vilamala, Mayor of Les Masies de Voltregà, who made clear his willingness to move forward with La Farga, while stressing the relationship between the town and the company, and thanking companies like La Farga for their role in the region, keeping the town alive and creating jobs.

Finally, the Honourable Mrs. Àngels Chacón, the Minister for Business and Science stressed the link between the industry that La Farga represents and the strategy of the Catalan Government. The introduction of the new line involves innovation, internationalization, the region and talent, values that are shared between the two entities. "The new line is an acknowledgement of a past of learning and courage, the present with the demonstration of the talent that today runs through this company and the future, with new investments and innovations. Investments like these help us to progress as a country", stated the minister.