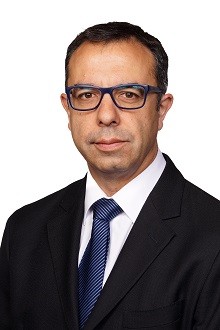 Supply Chain Director
Member of the Board of Directors

Born in Vic in 1970. He is married with two children. Industrial engineer from ETSEIB-UPC and Master in Business Administration from ESADE.

He started his career at the Enerbús Group (Vic) as a consultant engineer for energy and environmental projects for industrial plants. He then worked at Electrolux (company dealing in the design, manufacture and sale of sealed compressors for refrigeration equipment), first as an applications engineer for the European, Middle Eastern and Asian markets, then as head of marketing for the commercial refrigeration business unit before finally becoming the condensing unit manager with sales in over 62 countries. In 2003, he started work in Fundició Dúctil Benito as the Product Manager in the Public Lighting department. It is in 2005 when he joined La Farga Lacambra as the Sales Manager for railway products and positions the company as a leader of the sector in just two years. In 2008, he was promoted to General Manager of one of the holding companies, La Farga Rod, which deals in the manufacture of copper wire for electrical applications.

In 2013, with the new organisational structure aimed at an international vision and leadership in order to force the positioning of all the companies in the metallurgy group, Camprubí is to be promoted to CMW General Manager for the entire family holding company. A new position designed to manage Farga Intec with expansion projects, SDI La Farga in the USA, La Farga Ganzhou in China, La Farga Tub France and all affiliated companies of La Farga.