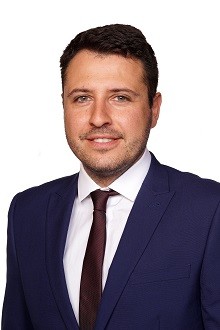 Production Director
Member of the Board of Directors

Jordi Clarà was born in Vic in 1980. He is married with two children. He has a degree in Industrial Engineering specialising in Electronics from the Polytechnic University of Catalonia (Universitat Politècnica de Catalunya-UPC) and a postgraduate diploma in the Maintenance of equipment and installations from the UPC in Terrassa.