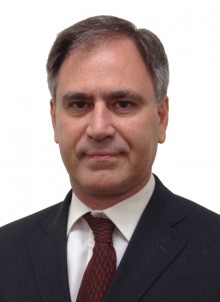 Chief Financial Officer
Member of the Board of Directors

Born in Genova (Italy) in 1965, he is married with two children. He has a degree in Economics from Università L.Bocconi of Milan (Italy) and a Master’s degree in Business Administration from IESE.

He started his career at Industrie Pirelli (Italy) in the Department of Safety Headquarters, managing the implementation of a treasury management system. A year later, he joined the General Management area of the Hispano-Química Group (Interglobal SA), dealing in computer consulting. On completing his MBA, he joined the Dragados Group as the Deputy Director of the International Division of the CAE Group, advising managers of the businesses on the areas of personnel, finance, administration, IT, business and commercial organisation. After four years, he moved to Madrid to pursue the same functions. The following year, he was promoted to Chief Financial Officer for the Dragado Saratov project, which consisted of the modernisation of a refinery in Russia worth 400 million U.S. dollars. It is in 1996 when he joined the Management Committee of DAIP SA, a Dragados company specialising in the construction of pipelines.

After two years, in 1998, he joined the Uralita group as the head of the areas of administration, management control, finance, planning, insurance, taxes and IT. Over the years, he was promoted to become the General Manager of the Italian subsidiary. It is in 2008 when he joined La Farga as the Chief Financial Officer, a position he currently holds and in which he has developed the implementation of a new SAP ERP system throughout the company and manages eight companies with a total turnover of 1.200 billion Euros.